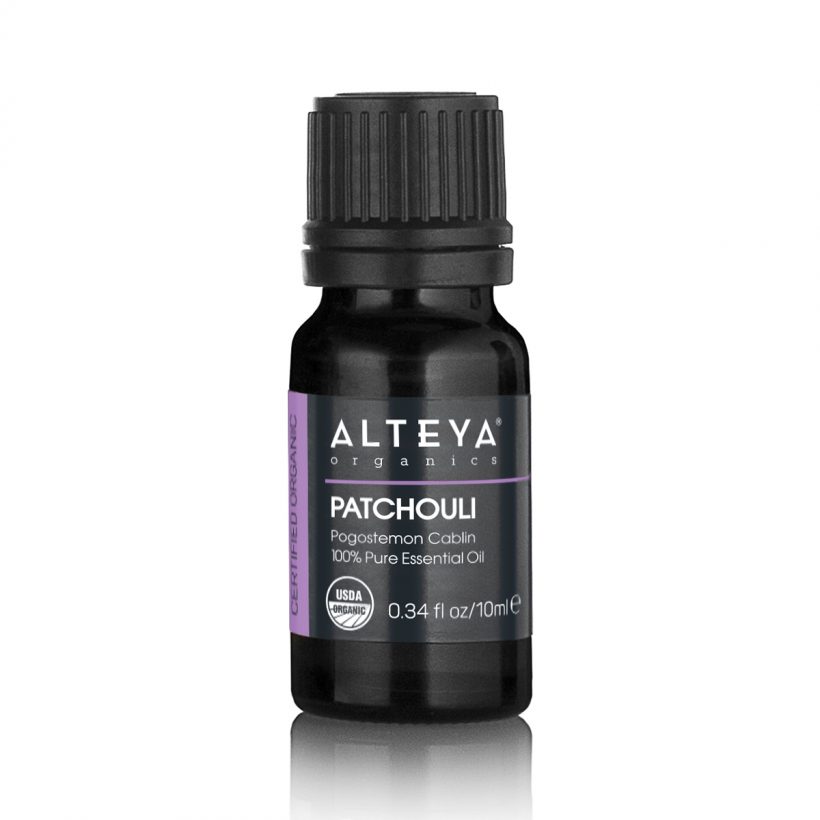 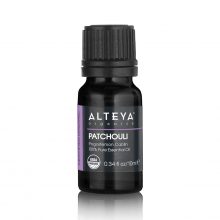 Patchouli essential oil is extracted by steam distillation from Pogostemon cablin plant which is from the Labiatae family.

Patchouli essential oil is highly valued in the perfume industry. It is believed that over time it even improves its properties, as long as it is obtained from quality raw materials and stored properly.

Used in aromatherapy, patchouli oil is believed to remove odors from the premises and balance emotions. The soothing aroma stimulates the release of hormones of pleasure, namely serotonin and dopamine, thus improving negative moods and enhances the feeling of relaxation. It is believed to act as an aphrodisiac, stimulating sensory energy and increasing libido.

The astringent properties of patchouli oil help prevent the early appearance of sagging skin and hair loss. Its ability to stimulate the growth of new skin makes it suitable for use on cuts, scars, stretch marks and more.

Diffuse patchouli oil when you need to ground, to balance emotions and relax.

To tighten and tone your skin, add a few drops of Patchouli essential oil to your comsetic products. It will also aid in reducing the appearance of blemishes.

To strentgthen your hair apply patchouli oil to your scalp by mixing it with your hair conditioner.

Be the first to review “Organic Patchouli Oil” Cancel reply