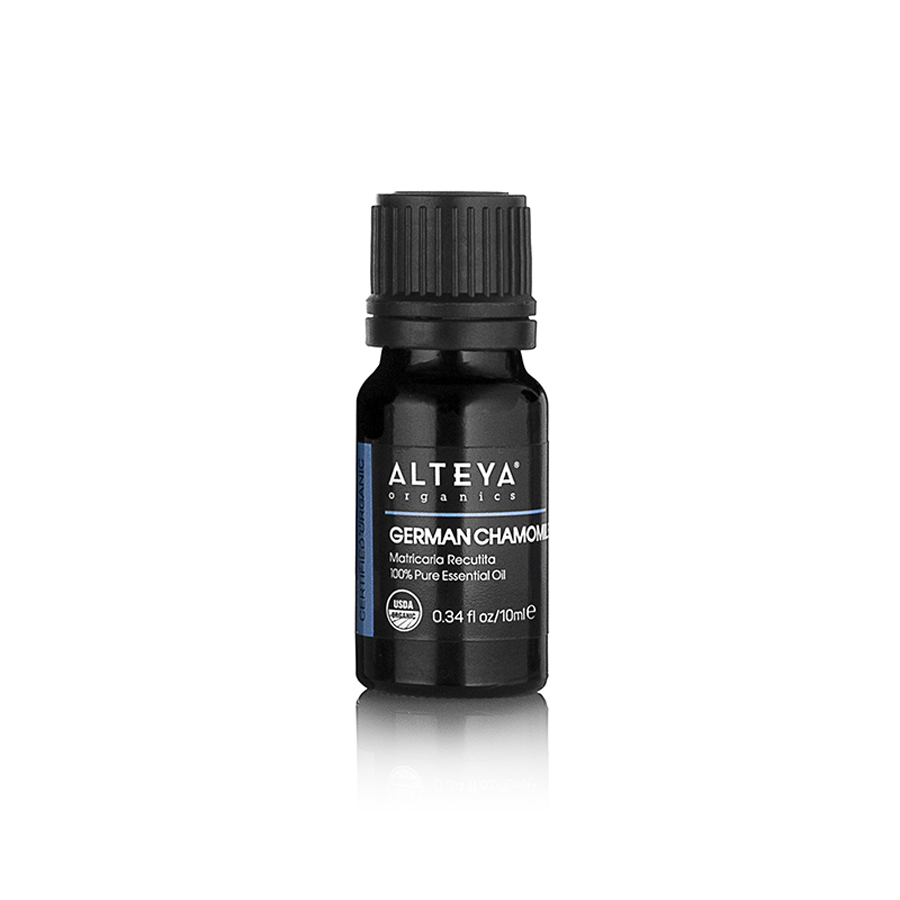 German chamomile essential oil is obtained by steam distillation of the flowers of the Matricaria Recutita plant. It is an inky blue-greenish liquid with strong sweet, herbaceous, herbal aroma with a slightly bitter note.

Used cosmetically, German chamomile oil has an extremely good effect on both sensitive skin and skin conditions such as allergies, rashes, eczema and more.

When used in aromatherapy, German chamomile oil has a calming effect on body and mind, balances emotions, reduces feelings of anxiety, fear or irritability.

Used therapeutically, applied through massage, German chamomile oil is known to reduce pain and discomfort in muscles, joints, or those caused by arthritis. It is also believed that this oil can have a good effect on upset stomach, nausea, and colic. Inhalations with German chamomile oil can relieve unpleasant symptoms associated with common colds or other respiratory diseases.

Add a few drops of german chamomile oil to a diffuser or aroma lamp to soothe your mind and overcome feelings of stress or nervousness.

Make an inhalation with boiling water and a few drops of german chamomile to ease nausea. You can also try adding pepperment and lavender to the mixture for optimal results.